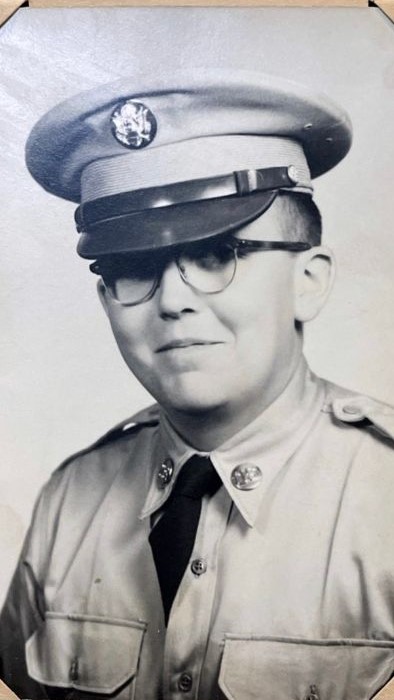 Patrick E. Roche, South Buffalo native and most recently of The Villages, FL – a guy that found a way to always be surrounded by friends that he loved, kids that adored him and a supply of doting grandkids, passed away peacefully with family by his side on July 14 as his beloved New York Yankees played in the background.  He was 87 years old.

Born in St. Teresa’s Parish, South Buffalo, Patrick attended St. Teresa’s from kindergarten through eighth grade and then onto Bishop Timon where he graduated in 1952.  After dutifully serving his country in the US Army, Patrick returned to Buffalo and attended Erie County Technical Institute graduating with a degree and certification in Ophthalmic Dispensing.  He later completed his Bachelors of Science degree from Buffalo State College.

Patrick and his new wife Barbara left Buffalo for Plattsburg, NY where he opened his own Optical Shop and became very active with the local Jaycee’s eventually becoming President.  After moving back to Buffalo with his young family, he was hired as a Professor of Opthalmic Dispensing at Erie Community College, North Campus where he stayed until his retirement in 1996.  Throughout his tenure at ECC, Patrick maintained his dispensing practice with a long time office at his home on Cazenovia Street in South Buffalo, eventually opening an Optical shop in West Seneca, he closed out his dispensing career at Buffalo Optical.

A long time President of the NY State Society of Opticians, he was also active and President of the Men’s Sustaining Society of Mercy Hospital.  Patrick was a decades long member of Buffalo’s famous Blackthorn Club and served as President from 2004 – 2010. Numerous other organizations could count on him for his time and talent throughout the years.

In 2013, he took on the role as a snowbird, spending his winters in The Villages, FL where he golfed incessantly – one of his truest passions.  For over 7 decades, Patrick made the links his second home.  Whether near or far, WNY or Florida, there wasn’t a golf course out of his reach.

It was in The Villages, FL where he met up with a long time family friend and South Buffalo neighbor Marian MacDonald.  The two married and enjoyed over 7 great years together traveling around the US and Europe and relaxing together in Florida.

Known for his BIG heart of gold, Patrick was also a weekly “slayer” of the Sunday NY Times crossword puzzle and was very well-known for enjoying his daily ice-cold Manhattan when “the sun was over the yard arm”.  A myriad of persons from around town and around the country were lucky and privileged to call him FRIEND.

A Memorial Mass will be said Thursday, August 11, at Queen of  Angels Church, Lackawanna at 10:00 am